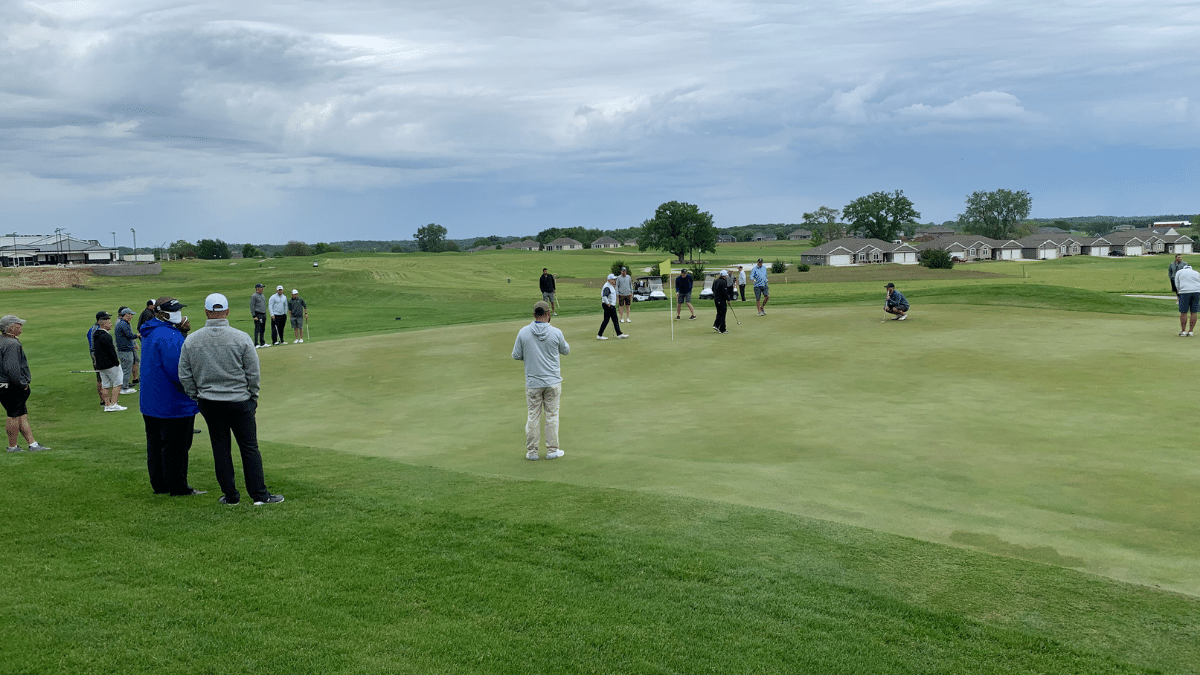 First, I would like to thank everyone for playing in the 2022 Member-Guest Tournament. Your support for this club means a lot to the entire staff. Thank you to all the guests that made the trip to Prairie Links Golf Course. We look forward to seeing you again soon!

Congratulations to the winners Steve Cero and Brian Wingert who sealed their win with a dramatic putt from about 30 feet in a playoff to defeat Brook and Brady Maher. I watched a lot of great plays during the Gold Rush portion of the event. After a long cold and rainy day, it was very impressive to see the great performances from all the teams.

The Member Guest started with a field of 40 two-person teams. Every team was in a 4 team round robin tournament with each group having one winning team. Two wild cards were picked based on highest total points that did not win group. 12 teams competed in the Gold Rush format. The teams that competed in the final 9 holes were Strong/Hudson, Maher/Maher, Cero/Wingert, Bianchi/Hunemuller, Keeney/Armentrout, Troyna/Krusey, Mogren/Frost, Reynolds/Sikkema, Goetzinger/Goetzinger, Robson/Gutschenritter, Steege/Nelson, and Wenzel/Wheeler.

Teams were eliminated based off the highest score on the hole. Any ties resulted in a chip off. Other than the first hole, one team is eliminated per hole. Starting on hole 10 4 teams are eliminated right away in a chip off. As the temperature began to drop, it also started to rain which made it much more difficult. The golf ball was not flying far and was not getting much roll, which gave the longer hitters a much bigger advantage.

The match came down to Cero/Wingert and Maher/Maher. After a short miss on 18 by Cero the teams went into sudden death playoff on hole number 1. Both teams had birdie putts. Cero made putt from just outside 30 feet for birdie. A nice way to bounce back after a short miss. Maher’s putt missed on the short side for birdie. So after a 36-hole day the champions were crowned!

Thank you all for coming out to support the event!

Ready to Reserve your Tee Time?